WE ARE STILL OPEN and fully operational!
Stay safe and support your local fitting partners with Tyroola.

Kumho Tyres is a world leader in manufacturing affordable, quality tyres for a range of vehicles. The tyre maker has partnered with 3 of the world’s top car brands as their OEM, and is renowned for its commitment to grassroots motorsports. Additionally, in a USD 597 million deal this March, Kumho was taken over by the Chinese company, Doublestar Co Ltd., which hopes to further expand its supply network all over the world.

Despite being famous for its budget-friendliness, Kumho Tyres delivers impeccable performance on the road with optimised tyres that do well on all types of surfaces – dry, wet or snow-capped. The renowned tyre maker uses innovative manufacturing methodologies, featuring state-of-the-art technology such as the new carbon black and silica compounds, along with heat-minimising 3D Dimple Design and C-Cut 3D Design that enhance the tyre’s braking performance and stability.

Kumho Tyres has grown to become a leader in the global tyre industry, and this can be attributed to the fact that it manufactures tyres for an extensive range of consumers. From ultra-high performance summer tyres, such as those used in the Formula 3 Championships, to standard all-season tyres, such as the Solus TA11, and further extending to winter & truck tyres - Kumho has a tyre for every vehicle.

Kumho is continuously developing world-class tyres through constant innovation – the driving force behind its growth. Taking a more global approach, the South Korean giant has expanded its research and development centres to 3 in Asia, 1 in Europe and 1 in the US. This continued dedication to innovation is what has led to ground-breaking features added to its tyres, including optimised rubber compounds, 3D designs and performance enhancing construction techniques.

Are Kumho tyres worth the price?

Kumho is an excellent choice when looking to reap great value for money from new tyres. The company’s target market consists of the middle-income class and pricing is a significant factor in their decision making. Across the board, the tyres are generally cheaper than their premium counterparts, which is made possible by Kumho’s cost-effective method of re-engineering the manufacturing process of successful tyres – and passing on the benefits to customers.

Kumho strives to make highly durable tyres – a leading brand trait for the price category. The tyres are known to provide excellent tread wear between 65,000-130,000 kilometers. Additionally, the company has demonstrated its ability to accurately estimate tyre wear consistently with previous tyre models, and the primary reason for such accuracy is that its calculations are based on city driving instead of testing facilities.

Kumho manufactures tyres that strike the perfect balance between optimal riding comfort and handling. This is the driving force behind innovations including the ESCOT technology, which maximises tyre performance by optimising braking capabilities and improved steering. Moreover, the XRP technology is Kumho’s version of the run flat tyres; so you enjoy a comfortable ride devoid of vibrations from jumps, expansion joints or other road distortions. 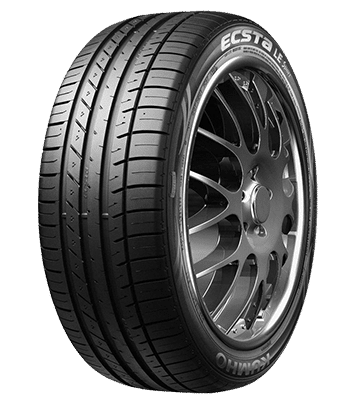 Choose from a huge variety of tyre brands and read hundreds of reviews. Save up to 50% off the RRP.

Buy the right Kumho tyre for your vehicle

A Leader In Global Tyre Manufacturing

Kumho has been heavily involved in motorsports across the world, partnering as the official tyre supplier for major racing competitions including the BP Ultimate and Euro Championships. Additionally, Kumho has repeatedly reiterated its commitment to the motorsports grassroots, sponsoring tournaments such as the French F3 championship, and International Korea F3 Super Prix. Expanding its partnerships in New Zealand, the South Korean tyre maker has been the official tyre sponsor for the New Zealandn Formula 3 Championship for the past decade.

With an eye for the future, Kumho is dedicated to manufacturing tyres for the next generation; displaying excellent strength and performance, alongside environmental awareness. ECOTRON is Kumho’s first tyre optimised for electric vehicles. Laced with the new anti-impact silica and special carbon black, COTRON features reduced rolling resistance up to 45 percent and reduced combustion rate of 10 percent - adversely impacting the number of pollutant emissions into the air.

Kumho Tyres is committed to working in tandem with the society to cultivate a healthier and less polluted environment. Typically, the tyres are made of rubber compounds and thrown away when used. Kumho has decided to up the ante, and made efforts to introduce a way of tyre disposal which helps reduce the volume of end of life tyres that are improperly disposed of in a way that damages the environment.

OEM, short for original equipment manufacturer, is the specific tyre that is fitted to the vehicle upon its release. The tyre is rigorously tested by car manufacturers for added performance, safety, and fuel efficiency parameters. Kumho takes immense pride in its partnership with major brands across the globe, acting as the approved original equipment supplier for prestigious car makers including BMW, Ford, Mercedes-Benz, Mitsubishi, Hyundai, Kia, Holden, Volkswagen, Renault, and Fiat Chrysler.

Kumho has been a long-term supporter of ADAC, Europe’s largest motor club, prominent for its road safety projects. The partnership extension is Kumho’s sustained commitment to road safety awareness across Europe, complemented with its growing range of eco-friendly and safe tyres. The “ADAC Verkehrswelt program” is targeted at teenagers, raising awareness about the dangers posed by modern traffic.

Kumho Tyres has been the recipient of several significant awards that have applauded the organisation's commitment to improve and innovate. The company has received the world’s top three innovative design accolades – the Red Dot Award, iF International Forum Design Award and the International Design Excellence Award.

Kumho keeps adding to its growing list of partnerships and multinational presence; the latest being its deal with Century Engineering Industries of Pakistan. The deal entails Kumho lending its technological expertise for tyre manufacturing, in addition to providing help in quality control, standardisation and evaluation. The agreement will help Kumho Tyres expand to a new and developing market.